The majority of citizens doesn’t know how or they can’t find the reason to participate in the decision-making process relating to their country or the European Union. The result?

Increase of participation of citizens in matters concerning their country and Europe.
Specifically, the project aims:

1. Organization of seven Conferences - Workshops throughout Europe to achieve the following objectives:

2. Desk research to collect data on how people utilize and exploit crowdsourcing for the purpose of an online repository (Knowledge Center for Digital Democracy). Repository will feature best practice cases, state-of-the-art knowledge and guidelines in citizens-crowdsourcing at the national and European level.

3. Analytical work for preparing policy recommendations on the EU perspective of crowdsourcing including the framework for the crowdsourcing pilot at the EU level based on conclusions from conferences and desk research findings on how (online) crowdsourcing can foster European citizenship, encourage participation of citizens at the Union level and support debate on the Future of Europe. The document will be presented and discussed with relevant EU decision-makers and interested stakeholders.

4. Stakeholders community building in the field of citizens crowdsourcing as part of strategic initiative of civil society organizations aiming to advocate and promote citizens oriented open government and digital democracy at the EU level.

The project is aimed at all citizens and the following groups:

Individuals and organizations of civil society dealing with:

The ultimate goal of this project is to create a sustainable group consisting of citizens and members of civil society which aims to support and promote citizens participation and electronic democracy at European level.

On Tuesday, 9th of May 2017 we hosted the International Conference: "Let's Crowdsource the Foture of Europe" in Athens and you can read the Final Report of the Athens Event here and ckeck the keypoints here: 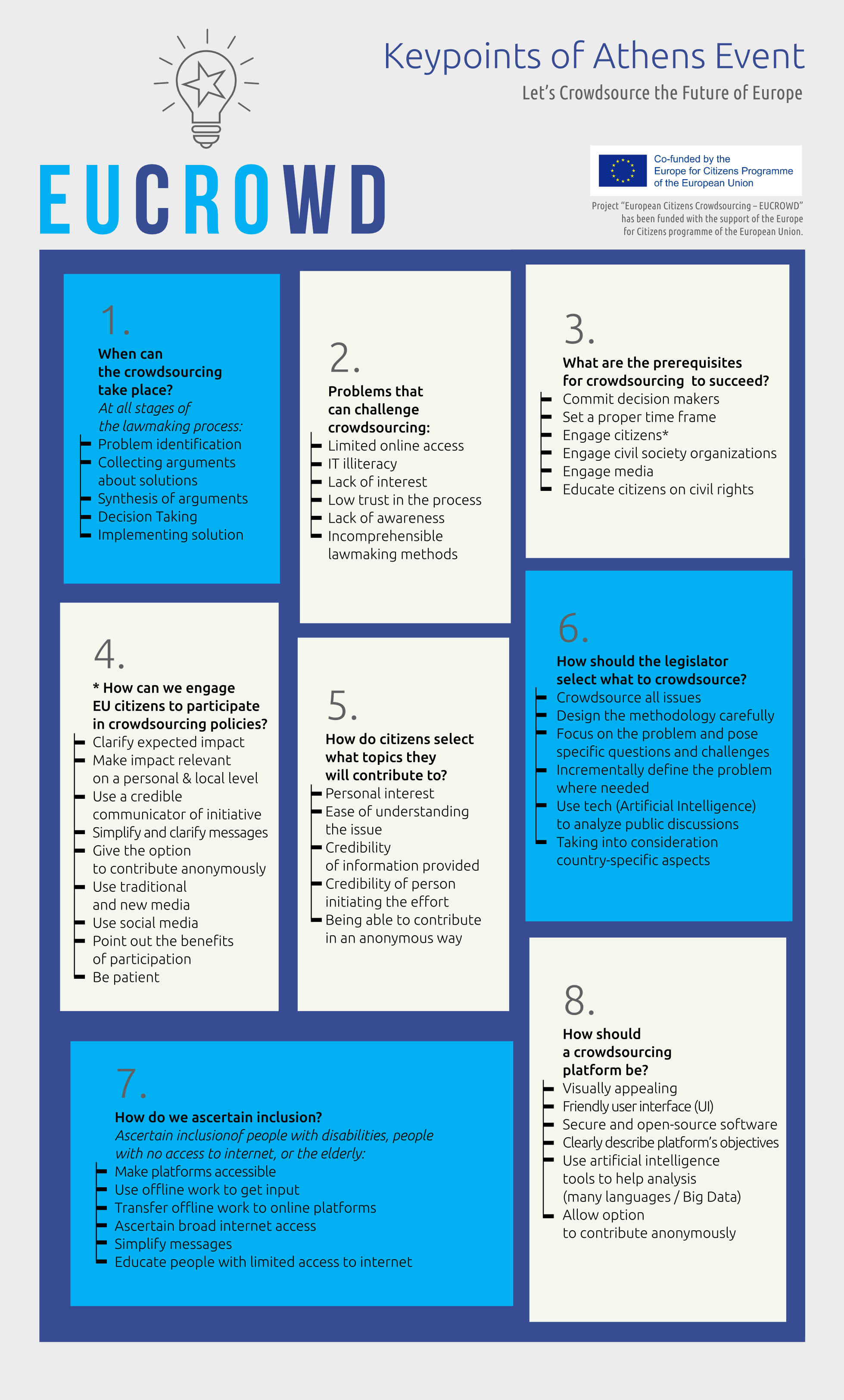 Finally, you can find project's results here or you can check the final reports here and here.


Project “European Citizens Crowdsourcing – EUCROWD” has been funded with the support of the Europe for Citizens programme of the European Union.