When there are no losers, only winners 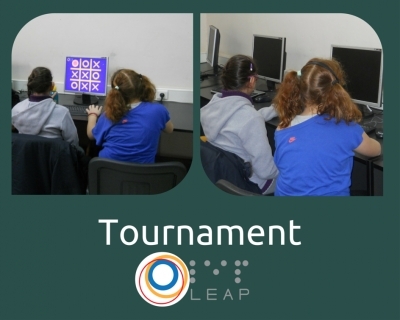 Blind and sighted students play together!

The problem that we were presented with, was not what we expected. In the I.M Panagiotopoulos School in which we did the tournament game, between sighted children of the school and blind children of Kallithea Special Elementary School for the Blind, the children who wanted to play were so many, and time was limited, that we had to choose who would play, and who would not ... but let's start from the beginning:

Our aim was to talk to students aged 10-13 (5th and 6th grade students ofelementary school and 1st grade of High Scool), and make them understand that not all people start their life with the same skills and abilities but it does not matter, because in real life we help each other, regardless of our personal potential and abilites, and we need the skills of other people.

Moreover, our aim was to create partnerships between sighted and blind students because although the sighted students can see the computer screen and (obviously) "control" the game, the blind or visually impaired students have a (proven) better sense of hearing and space.

In other words, we all wanted to play and learn from it. 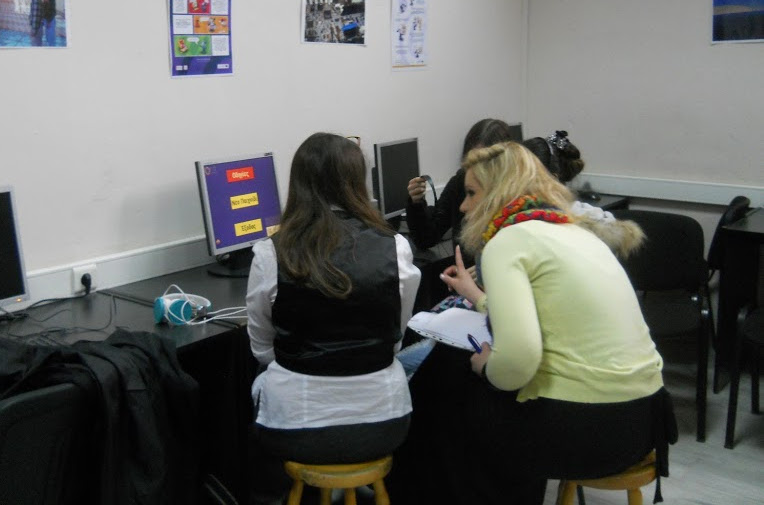 "But, Ms Elina, how could blind children play tennis if they do not see?", "And the arrows on the screen, how will they find them in order to play?".

These were some of the obvious questions that the students of I.M. Panagiotopoulos School had during the "preliminary" meeting, a few days before the tournament. That’s why the school teachers and our team needed to be well prepared. And that’s exactly what happened. The School Director and the teachers were perfectly prepared: They had accepted with enthusiasm our proposal, and the teachers had explained to the children what to do according to the plan, they had already run an internal tournament …  Furthermore, in order to solve the problem of who would play, we decided to do a draw and have two sighted children for each blind student. This way we also had fewer disappointed children!

The day of the tournament

It’s Tuesday morning, 15 of March, and we are ready to visit the I.M.  Panagiotopoulos School in Pallini in order to start the LEAP game tournament between blind and sighted students. We were a bit anxious. On everyone’s mind was the responsibility towards children and the details for conducting of the tournament.

At around 10:30 a.m. we were welcomed by the teachers outside the school. We entered the room where the blind children of Kalithea Disability School along with the group of children from the 5th and 6th grade of IM Panagiotopoulos Elementary School were waiting for us. We introduced ourselves to the children and we explained them the rules of the tournament. The rules were simple. Each student of Kalithea school would play three rounds. In each round he/she would be introduced to a new group of children of the other school. Each child could choose which game to play, tennis or tic tac toe. 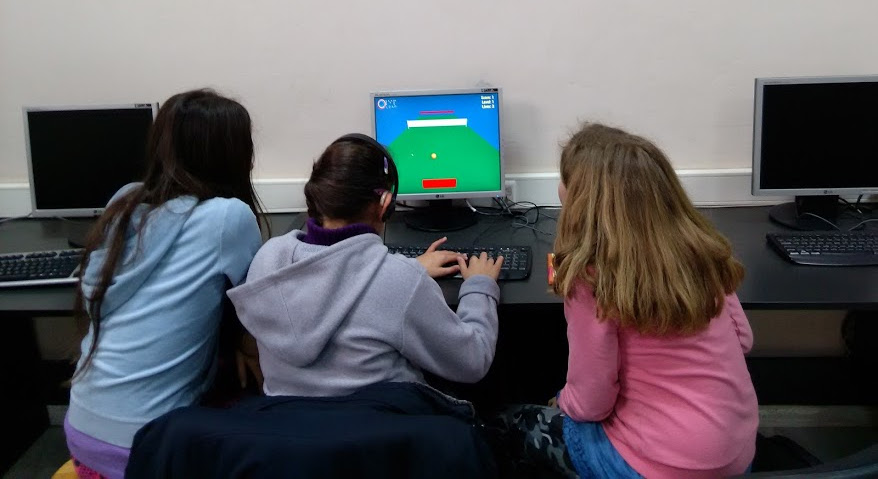 Getting to know each other

"You do have English classes? and French? and also learn to play the piano? Uh ... and then when do you have time play?" All the above are just some of the questions that our friend S., student of Kallithea school, asked the students from IM Panagiotopoulos School.
"Seriously, do you write fairy tales? girls from IM Panagiotopoulos asked A. from School of Kallithea"
"What about you guys? You all like pasticcio? Nobody likes the spinach? or the okra?" Laughter and conspiratorial glances … Things are going great…
"Let's start!"

We started to play: we put the headphones on, turned the computer screen off and with only the help of the three-dimensional sound of LEAP game series, the teams were trying to collect the highest possible score. Truth is that the score itself didn’t really bother us. What mattered the most was the children to get to know each other and the experience of playing together.

After a few hours the tournament had cometoan end. There was no winner and no loser, what mattered was the involvement in the game and making some new friends. Having a good time, many smiles ... and some chocolates are enough to make a child happy. :-) 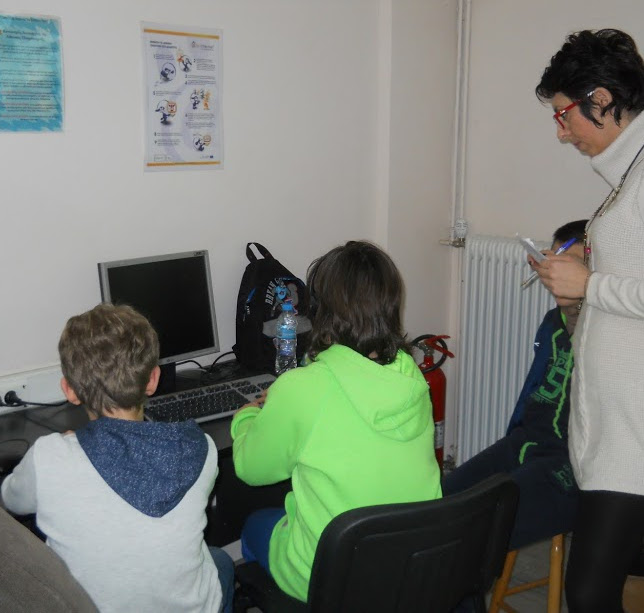 What did we gain?

With actions like this, we feel that we help so that children become familiar with the different disabilities that people may have, learn to respect their fellows and consider them equal to them, so that they adopt an attitude of respect towards people with disabilities.
After the end of the tournament, we had to leave the school. We were all feeling differently, we were feeling the joy of giving, and that the satisfaction that the games which we created, can really change the everyday life of our little friends with vision problems. We felt that we offered a unique experience and a life lesson to all, including us.

After the tournament ,we spoke privately with each child group. They didn't know us well, but they responded honestly:
"I felt excitement and pleasure that I helped him even a little."
"I think my experience with blind children was perfect, A. played better than me "
"I felt joy and pleasure that worked and got to know these children."
"I was very happy with this experience and been given the opportunity to get to know these children."
"I certainly had fun and I made new friends."
"When I left I felt a bit sad, not because I had to go back to school but because I would miss the girl I played with."

We also asked the sighted children something more: Were you anxious before the meeting?

It came to our surprise that for many children, this was like pushing a button: it made them more relaxed and started talking about it. They understood that we did not expect "politically correct" answers, but honest ones. They felt relieved that they could speak freely:
- Yes! I was thinking how should I speak, what to do ...
- And now, after the games, what do you think? Did you actually have reasons to be concerned?
-(Laughs) Of course not! We are…. how can I say it ... It's just .... they are children, they are friends!
- Come on, I said, have a break!
I didn't want them to understand I was trying to hide a small tear....

With the purpose of engaging with diverse stakeholders for testing and validating its research, SHAPES conceived a set of eight...