Not just another app, but a substantial innovation 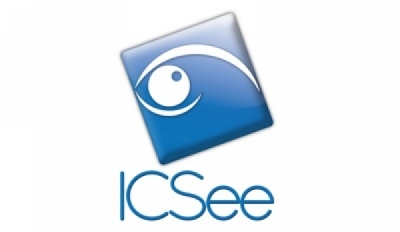 SciFY is a place of creation and innovation, a place with different perspective of the world. Just creating applications is not enough, we persue the creation of innovative solutions for people who are in need of them. This is why we decided to develop ICSee (I Can See) an application for people with visual impairments which incoporates all the necessary innovation needed for the people that will use it.

In this effort of ours we came in touch with specialists, organisations and associations of people who deal with visual impairments. We asked them what are their needs? What problems do they face with the already existent assistive technologies? What do they wish we could create for people with severe visual problems? We made them our partners in this effort because they know the problem better than anyone else.

ICSee helps people with visual impairments deal with everyday problems for example it helps them read a receipt or a name on a doorbell e.t.c. An application like ICSee can be a integral part of the everyday lives of people with visual disabilities. With ICSee everyone can see in their own special way:

-It helps with reading texts: it magnifies the text but also offers the possibilty to applying a series of special filters

-It doesn’t have a menu text or a  written tutorial: We have made it’s usage as easy as possible aboloshing menus and utilizing the master senses of people with low vision, hearing and touching, creating acousting instructions and creating gestures which allow it’s easy usage.

In this manner everybody who has low vision has the opportunity to use ICSee without any help from his social enviroment making him feel more indipendent. Whereas, anyone can download the ICSee application completely free on his android smartphone or tablet from GooglePlay by clicking here.

We are particulary happy when prominent organisations support our effort, organisations like ENIL ( European Network on Indipendent Living ) which posted our application ICSee on its Social Media following it with great commentary. Also, we have had the support of many Greek media with various article being written about SciFY and ICSee for example on Huffington Post Greece , Proto Thema , Vima and many more.

To sum it up, we would also like to thank the John S. Latsis Public Benefit Foundation, which thanks to it’s kind grant made it possible for us to create a better more improved version of the application ICSee.