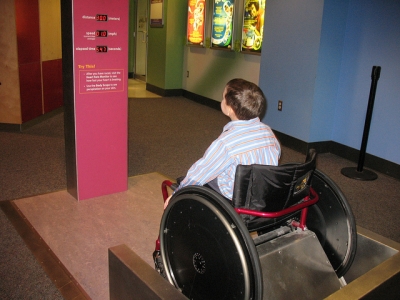 “The world we live in is tailor-made for the…“normal”. Anything straying from what we call “normal” we simply pretend doesn’t exist.”

I was on my way to Alexandros’ house, once again stuck in traffic. It was that time of day when everyone in Athens is rushing to go home. About an hour before, I had loaded five FeIRd devices in the trunk, which were about to reach their recipients for the first time – if I ever managed to get out of the traffic jam. 16-year-old Alexandros was one of them.

His words really moved them. He stated that he had decided to finally manage to carry out everyday functions on his own, like moving on his own, turning on the TV on his own, holding a fork on his own. The only thing he needed was their technological support and their will. His parents probably helped him write that letter, since Alexandros is severely quadriplegic. If you don’t know what quadriplegia is, I’ll simply say that it’s a state that renders people practically dependent on others, since they can hardly move their limbs.

Alexandros is one of those people. Completely dependent on the help of his family, on the peak of his teenage years.

The team responded immediately and Alexandros’ journey towards independency began. The first step was getting a power wheelchair. However, he cannot drive it yet. But a single phone call will change things and bring FeIRd into his life. It’s an open-hardware device like a joystick, specially made for people with limited mobility, so that they can use everyday appliances. It consists of one large joystick connected to a universal remote control, which functions through infrared rays (IR). Through the FeIRd the function of any kind of appliance accepting commands from IR ports (like the TV, the A/C and the stereo) can be controlled.

The results exceeded our expectations. Alexandros is delighted, not only because he can now handle his beloved television on his own, but also because he can practice so that he can some time drive his wheelchair!

Thousands of people in Greece are suffering from some disability that restrains their mobility, rendering them dependent on others. Helping them be more independent in their everyday life for free is not some kind of fantasy. Supportive technologies – especially when they are open source/hardware – can play an important role in making that happen. If more people started using them – like with the FeIRd device – and if scientists struggling on their own were supported by society as a whole, then we could definitely say that something’s starting to change in Greece.

And you? Are you in?